Kirsty Jenkins - 'What's next?'
Back to news 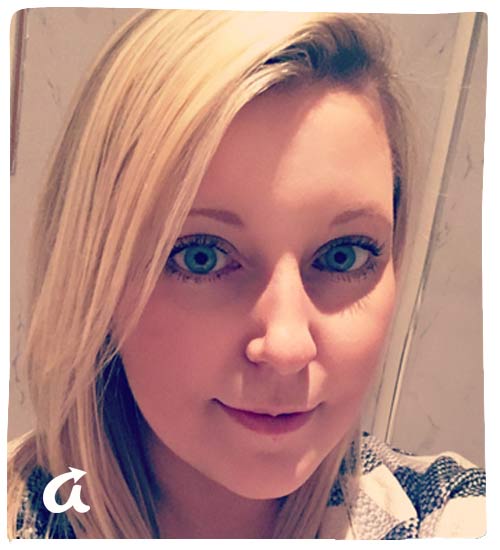 After completing her degree in 2012 and then having her first child in early 2013, Kirsty Jenkins found herself questioning, ‘What’s next?’. Kirsty felt that any future direction for her was missing and so to to help fill the gap, Kirsty first enrolled on one of our courses in 2014.

Kirsty recalls, “I attended a variety of courses organised by Leane Saunders in Galon Uchaf, Merthyr Tydfil. One of these courses was the Counselling Skills course with two fantastic tutors, Andrew and Sandra.”

After completing level 1, Kirsty attended the follow-on level 2 course and during one of those sessions discussed further potential progression routes.

Kirsty notes, “My tutor Andrew asked me what it was that I wanted to do in the future and I still had no idea! We then started discussing possible options based on my interests and I remember telling him that I loved the education environment and that if I could be a student for the rest of my life then I would. His exact words in response were “Why don’t you try coming around to the other side of the table and teaching?”. I can still hear that response in my head now as if it happened yesterday. I had no idea back then that his response would change my life. Teaching was something that I had never considered until then.”

Over the next couple of sessions these discussions would continue with the suggestion that Kirsty could try a PGCE course.

In 2015, this would result in Kirsty enrolling on a 2 year part time PGCE course with the University of South Wales.

The first term of the PGCE would see ‘everything falling in to place’. Kirsty enthuses, “I absolutely loved it and finally knew exactly what career I wanted to pursue. I completed the PGCE in the summer of 2017 and had my second born just a couple of weeks after submitting my last assignment!”.

After taking some time out with her second child, Kirsty started volunteering with Merthyr council in September 2018. As part of her role she would shadow a tutor delivering Essential Skills courses (English and Maths) as well as delivering a couple of sessions herself. It was through this role, at a learner event held in early 2019, that Kirsty would once again meet up with Addysg Oedolion Cymru | Adult Learning Wales. After chatting with our delivery officers Leane Saunders and Judith Wilding, Kirsty was then encouraged to undertake what would be a successful application for a tutor position with us.

“So,” Kirsty proclaims, “We have now come full circle. From starting as a learner to now having been employed as a tutor for just over a year with the same organisation that with its tutor changed my life.”

It’s a fantastic story and our huge congratulations go to Kirsty from us all here at Addysg Oedolion Cymru | Adult Learning Wales.

As with Kirsty, for a conversation that could begin with, ‘Whats’ next?’, talk to us today. It might just change your life. Talk to us on 03300 580 845 or write your own chapter and join one of our courses today.